Since 1998, Celine Shen, owner of Bleu Marine, one of the oldest French restaurants in the capital and known for its delicious steak, has seen her fair share of challenges, but it’s been nothing quite like the past three years.
In the current circumstances Celine is still fighting to stay open, despite the fact that the business is down 50 percent. “I’m barely breaking even, but I just don’t want to give up.” Celine tells me. 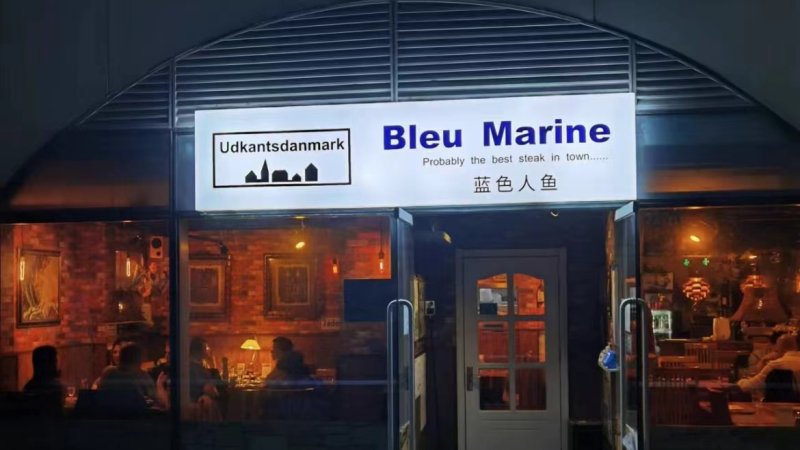 Celine still distinctly remembers the sadness she felt when Beijing issued the in-house dining ban in May. “We were not doing any take out during that time, and because of this, Bleu Marine didn’t bring in any revenue at all for 36 days. But we still had to make sure that we paid our kitchen staff’s salaries on time because they also had their own families to support. I didn’t know how it was even possible for us to make it during that time.”
The decision to not do takeout came because the food Bleu Marine serves does not lend itself particularly well to delivery. Their classic dishes like the steak or the grilled duck breast are prone to clumping in takeout containers, and Celine can never imagine serving them in cold plastic. “If a customer wants the steak to be cooked medium rare, there is no guarantee that the steak will remain at the same readiness when delivered to their hands” she explains. 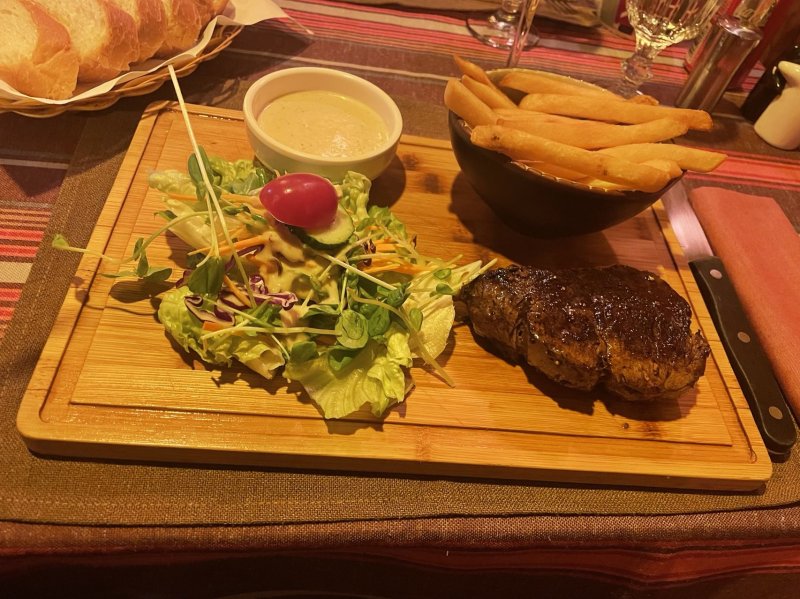 Prior to the pandemic, business for Bleu Marine had been doing great. On a normal day, Celine would see the restaurant packed with people from around the neighborhood who wanted nothing more than great food and to feel very much at home at their favorite restaurant.
“I always feel like running this restaurant is just like running a mill.” Celine jokes about Bleu Marine. “Most of our customers came here once and then kept coming back again and again, eventually becoming our friends over the years.”
Indeed, Bleu Marine has such a small and cozy vibe that it makes people feel like they have finally found their home away from home the second they enter the restaurant.

“People will eventually come to know each other, and if not, they will certainly meet each other at this restaurant. [Some couples who met here] have even gotten married.”Celine said.
Interestingly enough, this is exactly how Celine met her husband, Torben Vester, a long-term Beijing resident hailing from Denmark who has called the capital home for more than 15 years.
When Torben visited Beijing in 2004, he thought he was just going for another business trip, but little did he know that he was about to meet his significant other, completely changing his path in life.
“There were many street vendors selling DVDs at that time in Beijing. So, one day a vendor took me to a small restaurant where they were selling DVDs, and it was Bleu Marine, which is where I met Celine for the first time.” 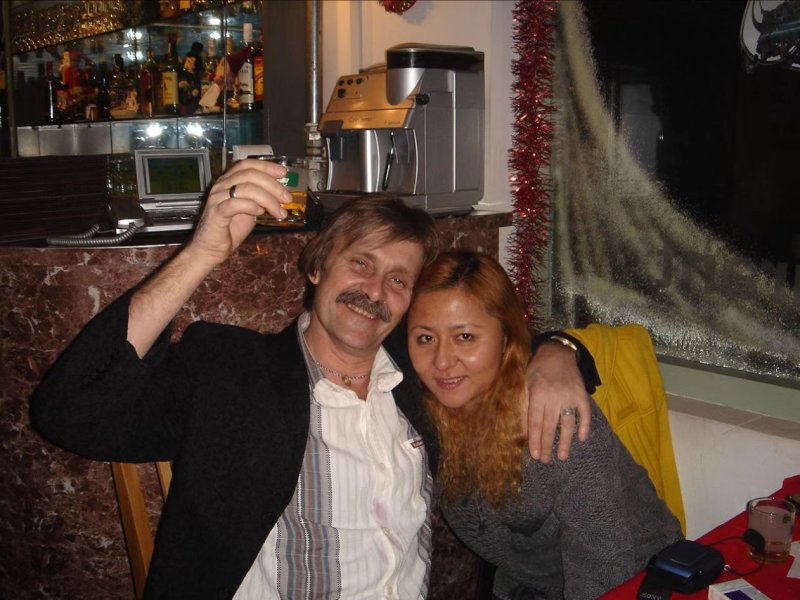 Torben wasn’t sure why he was so drawn to Bleu Marine, but he kept coming back and eventually became a regular. Torben and Celine dated for about two years and then Torben ended up moving to China in 2006. “One day, I decided to move to China to have a fresh start there. And I started packing.” Torben says.
The two then got married in 2007 at Badaling Shuiguan Great Wall. “The wedding felt like a fairy tale. Family members from both China and Denmark came to our wedding. And about one third of the guests were our customers who have formed a life-long friendship with us at Bleu Marine.” Celine tells me. 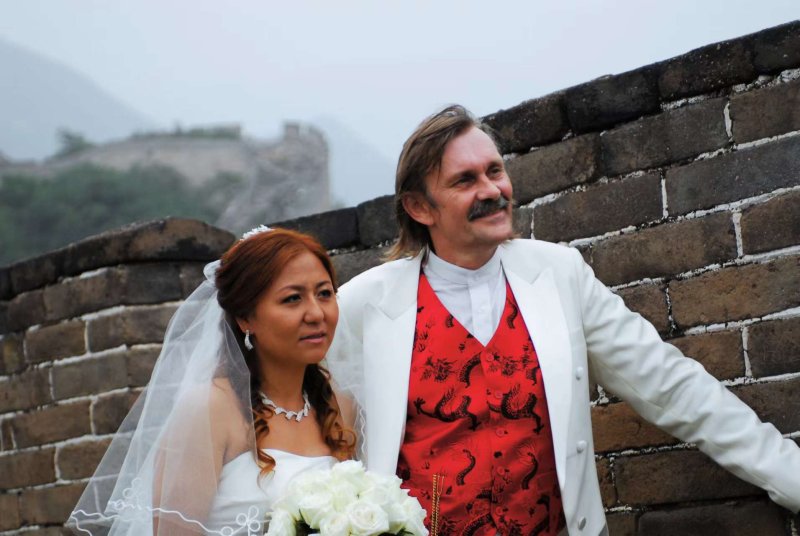 After the two got married Torben became a daily part of Bleu Marine . He understands the kind of nostalgia people living in a different country often feel when they are searching for food that reminds them of home, and that’s why he brought some dishes that are classic representations of Denmark flavors to the menu.
Although Bleu Marine mainly features French cuisine, you can also find a page on the menu that offers some classic Scandinavian flavors like the marinated herring, a Danish delicacy that is usually served with buttered rye bread. “This is as Danish as it can get. Bleu Marine is the only place in Beijing that offers herring [like this]” Torben tells me. 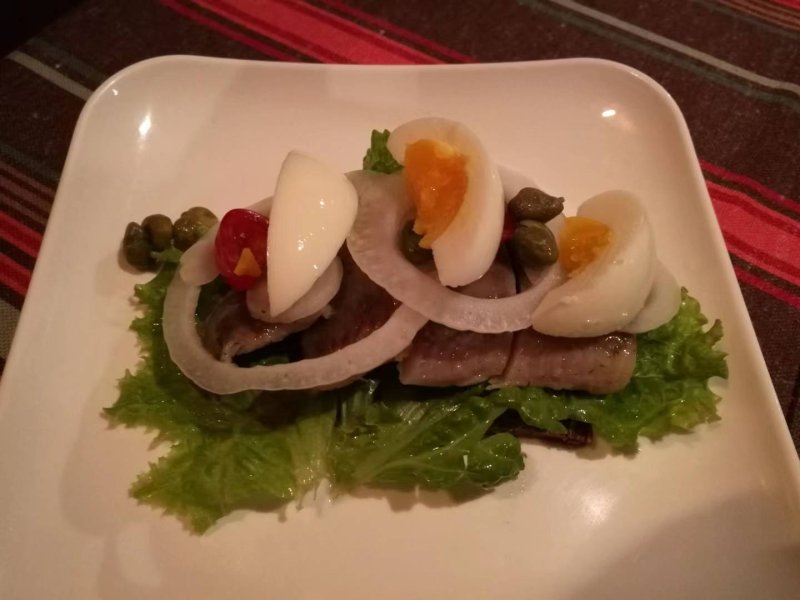 In a sense, Bleu Marine is more than just a restaurant. It’s a tight-knit community where friends and employees have become family members over time. “We only have two chefs. One of them has been working here for 20 years, and the other 21 years, and the waiter has been here for 14 years.” Celine said.
“We have been saying to each other that we have two living rooms. One is the living room in our house, and the other is the one at Bleu Marine where we welcome friends from all over the world.” Torben says. 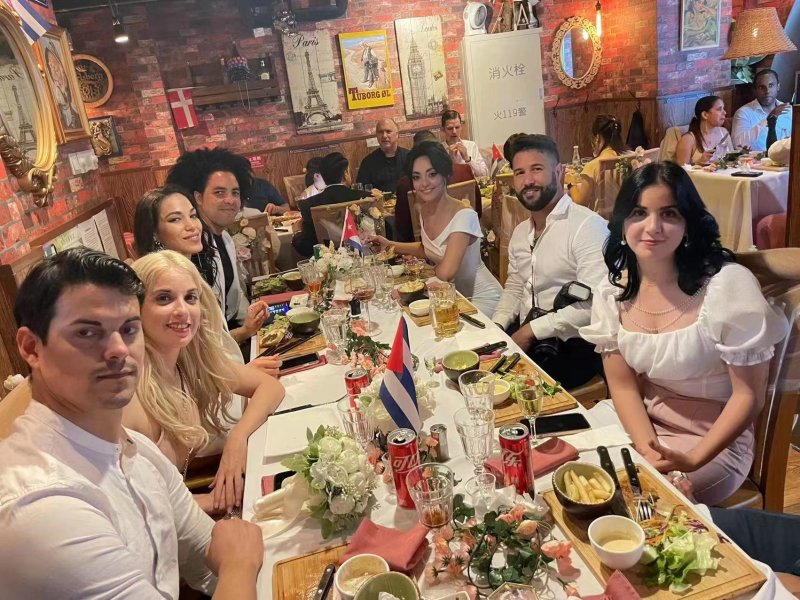 However, as is often the case in Beijing, friends will leave over time and the friendships formed at Bleu Marine over the years are no exception. This is why Torben started doing “Morfar Around the World” in 2014, a series in which he gives a bottle of schnapps as a farewell gift to friends who are leaving China. In return, these friends will snap a picture of themselves with this bottle of schnapps in places all around the world as a way of honoring their friendship. 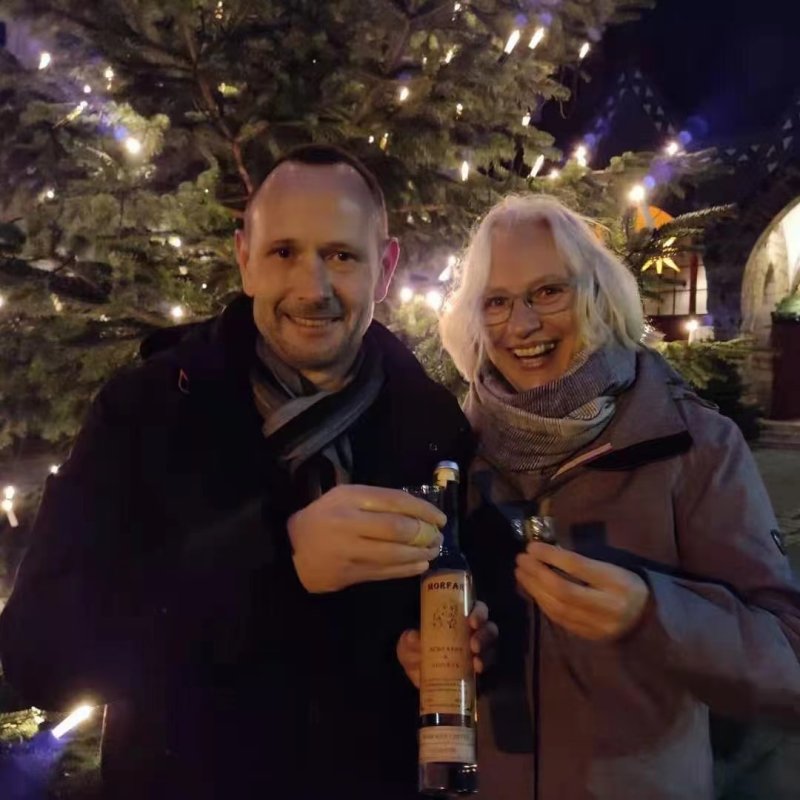 Although many friends of Bleu Marine have already left China and hopped on to the next adventure in life, when looking at these pictures, it almost feels like they are still around and have never left.
“I’ve been chatting with friends I have made throughout the years. A lot of them are hoping that they will be able to visit us again someday soon” says Torben.
These days, testing has become a daily ritual at restaurants and the recent uptick in cases has also slowed down the business quite a bit. However, amidst these uncertainties lies unswerving faith: “We are in survival mode , but we’ll keep on fighting till the end.” Celine vows.
Bleu Marine 蓝色人鱼
SOHO Phase I East, 22 Guanghua Lu, Chaoyang District
朝阳区光华路22号光华路SOHO一期东侧
READ: The Hutong Favorite: An Interview With Café Zarah GM Seda Sakaoğlu Ahead of Zarah’s 15th Birthday
Images: Courtesy of Bleu Marine, Irene Li
“Control of all is more important than that any thrive”—refrain from the Collectivists’ Screed
Progressives proclaim the right of the individual to degrade himself, provided his degradation does not impede the degradation of his neighbour.—Nicolas Gomez Davila