[pluginops_popup_form template_id=’1065589′ delay=’3′ entranceanimation=” exitanimation=”]
A UK minister with responsibility for the Crown Dependencies has pledged to explore allowing French visitors to travel to Jersey with identity cards, rather than passports.
On his first visit to the Island since being appointed as Parliamentary Under Secretary of State for the Ministry of Justice in September, Mike Freer MP said the impact of Brexit-related immigration measures on tourism had been one of the leading concerns raised by his hosts. 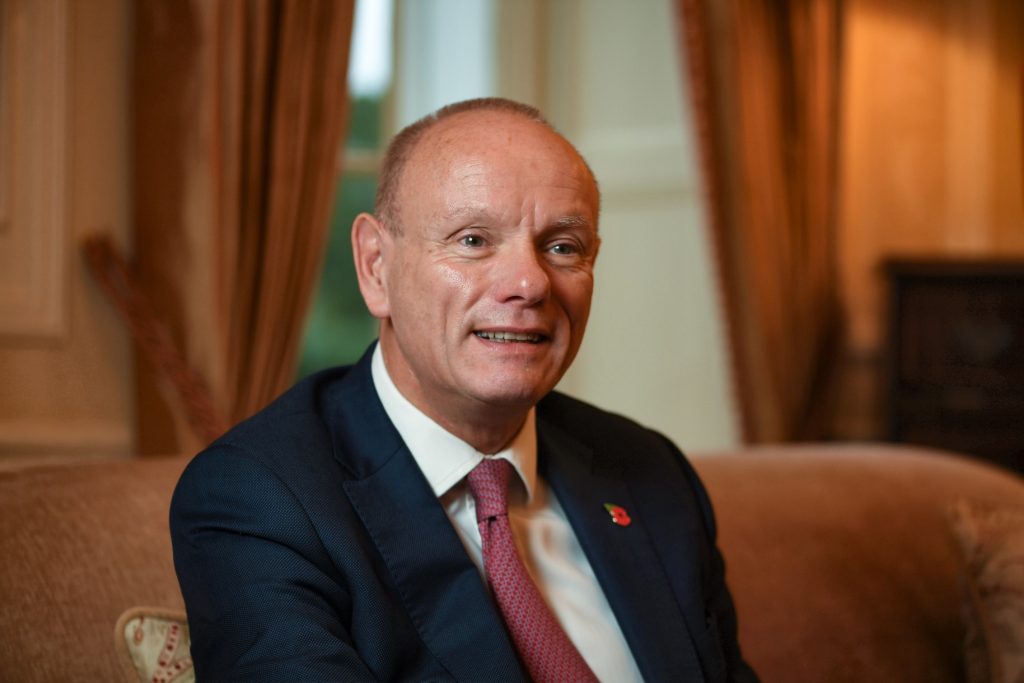 Mike Freer MP Picture: DAVID FERGUSON. (34593204)
After External Relations Minister Philip Ozouf confirmed that he had raised the matter during discussions with the French as a result of a sharp fall in visitor numbers, Mr Freer acknowledged the challenge presented by the issue.
He said: ‘There is a border policy for the whole UK family [including Jersey] but if that is causing severe ramifications, then we need to sit round a table and look at finding a practical solution that could meet the needs of UK border control and the Jersey economy.’
Mr Freer said he would discuss the matter further with Home Office officials on his return to London.
‘I’m not the decision-maker on something like this, I’m just a conduit between the Jersey government and Whitehall,’ he said. ‘My role is to ensure the Crown Dependencies have a voice, someone fighting their corner.
‘I would like to think that we can have a good exchange of views – there will be some issues that we can resolve, and others where we can have a robust discussion and agree to disagree – that’s the sign of a mature relationship.’
Coming to Jersey and being able to discuss the matter with ministers and senior officials was beneficial for gaining a greater insight into key issues, Mr Freer added, with the MP expressing hope that other representatives from the UK government might consider making similar trips in the future.
Fishing relations between Jersey and France were another topic discussed by Mr Freer during his visit.
‘I think the situation with respect to fishing is in a much better place, and that’s testament to the amount of work that’s been put in,’ he said.
Mr Freer said that he also hoped to work more closely with Jersey in the future in exploring opportunities to grow the economy, whether this involved tourism, legal and financial services or agriculture.
Read the Town Crier, Le Rocher and a whole host of other subjects like mortgage advice, business, cycling, travel and property.
© 2022 Jersey Evening Post. All rights reserved.
Get involved
Useful links
About the website
Powered by PageSuite